An ensemble of highly trained musicians, mostly from the Orchestre de Paris, the Sirba Octet presents their own original take on traditional klezmer, Yiddish and gipsy music. 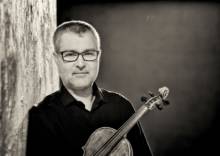 Member of the Orchestre de Paris since 1998, Richard Schmoucler trained at the Conservatoire de Paris under Gérard Poulet, Maurice Moulin, Devy Erlih and Alexis Galpérine for violin and Bruno Pasquier and David Walter for chamber music. In 1990 he was awarded first prize diplomas both in violin and chamber music. He continued to study under Ivry Gitlis and also with Maya Glézarova at the Moscow Conservatory, Tibor Varga and Myriam Solovief. Schmoucler has been awarded prizes by the Fondation Bleustein-Blanchet and the Fondation de France and is a regular soloist for the Auvergne and Toulouse Chamber Orchestras, the Pasdeloup Orchestra and the Orchestre Lamoureux. From 2010 to 2014 he was first violin for the ensemble Musique Oblique. In 2003, Schmoucler formed the Sirba Octet and has been the driving force behind the group’s progression and the production of their five albums. He has given various masterclasses and performances, notably at the Académie Festival des Arcs, PESM de Bourgogne and the Academy of Music in Bydgoszcz in Poland. At his request, Kaija Saariaho composed Frises for violin and electronics and November 2012 saw the world premiere of the piece, which was dedicated to Schmoucler, at the Borusan Art Centre in Istanbul. In 2011 he became the director of studies at the Orchestre Atelier Ostinato. In 2016 he began teaching competition preparation at the Conservatoire à Rayonnement Régional in Paris.

Laurent Manaud-Pallas began his musical career in Tarbes and Pau. After a stint at the Boulogne-Billancourt conservatory, he entered the National Conservatory of Music in Lyon and finished his studies at the National Conservatory of Music in Paris where he obtained his degrees in violin and chamber music. In 1991, at the end of his studies, he joined the Orchestre Philharmonique de Radio France with whom he appeared on the biggest stages of the world (Salle Pleyel in Paris, Carnegie Hall in New York, Philharmonie Berlin, Century Hall in Tokyo, Royal Albert Hall in London, Musikverein Vienna …). In 2002, Laurent MANAUD-PALLAS was appointed principal of the second violins at the Orchestre National de France. He worked under the greatest conductors such as, among others, Daniele Gatti, Kurt Masur, Seiji Osawa, Ricardo Muti and Bernard Haitink, and continues more than ever to travel the world. His notoriety allows him to collaborate with other orchestras (the Orchester de la Suisse Romande, the Orchester National de Lyon, the Orchester National Bordeaux Aquitaine, the Luxembourg Philharmonic Orchestra and the Orchester de Monte -Carlo) and various ensembles (Arties, the Psophos Quartet, Diabolicus, The Dissonances, Artists Release). Newly integrated into the ensemble Sirba Octet as 2nd violin, Laurent MANAUD-PALLAS is also a member of the Volta Quartet since 2014, concertmaster of the Pau Pays de Béarn Orchestra since 2005 and concertmaster of the Lamoureux Orchestra since 2011.
In addition, he teaches since 2015 at the Pole of Higher Education of Music and Dance of Bordeaux-Aquitaine. Laurent MANAUD-PALLAS plays a violin Nicolas Vissenaire from 1842. 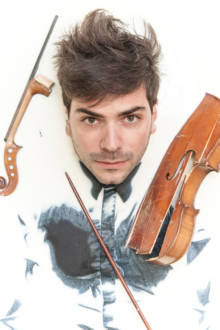 Born into a musical family, Grégoire Vecchioni was involved in music from an early age. In 2009 Grégoire entered the CNSMD Lyon in the class of Françoise Gnéri, then he continued his studies with a masters at the Paris Conservatoire with Gérard Caussé and then Antoine Tamestit, with whom he graduated in June 2014. At various academies, he has studied with great masters including Günter Pichler, Lars Anders Tomter, Nobuko Imai, Paul Coletti and the Alban Berg quartet. Grégoire is a founding member of the Van Kuijk quartet. Together they won the 1st Prize at the « Wigmore Hall String Quartet Competition » in 2015 and the 1st Prize at the « Trondheim International Chamber Music Competition » in 2013. The quartet became « BBC 3 New Generation Artists » from 2015 to 2017.

Such experiences have allowed him to perform in various chamber music ensembles alongside artists such as Gary Hoffman, Gérard Caussé, Raphaël Sévère, Adam Laloum, Lise Berthaud, the Modigliani Quartet, the Ebène Quartet, Kian Soltani, Havard Gimse, Olivier Patey. Also in love with the orchestra repertoire, Grégoire was selected to participate with the French Youth Orchestra in 2006 and 2007 with Jean-Claude Casadesus and the Verbier Festival Orchestra in 2010 with Daniel Harding, Rafael Frühbeck de Burgos, Charles Dutoit and Valery Gergiev. He is now working at the Paris Opera House with Philippe Jordan.

Grégoire Vecchioni is supported by the Meyer Foundation, Nadia and Lili Boulanger and the Mécénat Société Générale. 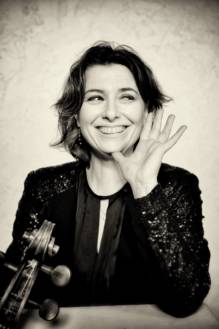 After receiving Premiers Prix from the CNSM of Paris in cello and chamber music in the classes of Roland Pidoux and Michel Strauss respectively, Claude Giron set out at the age of twenty-one for further study with Aldo Parisot at Yale University, where she was awarded a Master of Music and an Artist Diploma. In 1994 she joined the Orchestre philharmonique de Radio France, moving to the Orchestre de Paris in 1998. Claude Giron also plays in quartet and chamber orchestra repertory (with the European Camerata and the Octuor de Paris among others), and has recorded a CD with the jazz pianist Ahmad Jamal. She frequently toured Europe and the United States between 2000 and 2007 as a member of the American group Pink Martini. 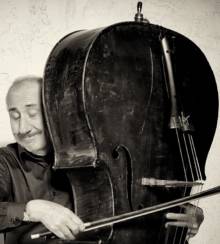 Bernard Cazauran has been a member of the Orchestre de Paris since it was formed in 1967, and was principal double bass from 1979 to 2012. He was a prize winner at the Geneva Competition. He has often appeared in chamber music, notably with Daniel Barenboim, but also in the field of jazz with Basse Fusion and tango with the Carrasco ’H’ Quartet. He taught for 15 years at the CNSM in Lyon. 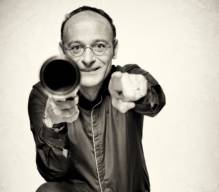 First clarinet for the Orchestre de Paris since 1995, Philippe Berrod also plays regularly with other ensembles as a guest soloist. His repertoire ranges from Mozart’s clarinet concerto to Dialogue de l’ombre double by P.Boulez. He was awarded a first prize diploma from the Conservatoire de Paris where he was tutored by Guy Deplus. He has also won a number of international competitions. He became a clarinet tutor at the Conservatoire de Paris in 2011. Berrod has released a number of recordings including Les Vents français on Sony Classical – Indésens and the album Art of Clarinet as well as two complete collections of chamber music for woodwind by Saint-Saëns and Poulenc  respectively. These were well received in the press and nominated for Victoires de la Musique awards in 2011. Since 2010, Berrod has been artistic advisor for the French woodwind instrument manufacturer Henri Selmer-Paris. 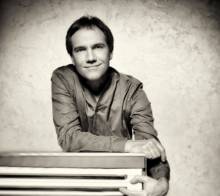 After training at the Conservatoire de Paris with a series of first prize diplomas under Alain Planès for piano, Michel Chapuis for organ, Bruno Pasquier for chamber music and Jean Koerner for accompaniment, Christophe Henry honed his skills alongside Menahem Pressler at the Banff Arts Festival in Canada. As both a pianist and organist he has performed with the Orchestre Philharmonique de Radio-France, Orchestre National de France, Orchestre de Paris, Orchestre de Lyon and the Radio-France Choir at some of the greatest concert halls in Beijing, Tokyo, Seoul, Paris and Vienna and at the Roman Theatre of Orange. In 2009, he was recorded playing Charles-Valentin Alkan’s pedal piano, a one-of-a-kind instrument displayed at the Musée de la Musique in Paris. In 2011 he played with the Quatuor Ludwig and in 2012 he appeared as a soloist with the chamber choir Accentus at the Mozarteum as part of the Salzburg Festival. A multitalented keyboardist and passionate jazz fan, he plays with and learns from pianist Emil Spanyi, vibraphonist Philippe Macé and drummer Georges Paczinski. 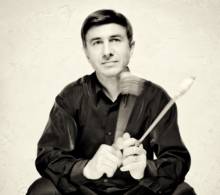 Iurie Morar trained at the National Conservatoire of Moldova in Chisinau (USSR) and won the Stefan Neaga competition there before continuing his training in France at the Conservatoire de Strasbourg under Detlef Kieffer.
Performing with various ensembles he has appeared with popular groups as well as symphony and chamber orchestras alongside artists such as Laurent Korcia, Sarah Nemtanu (with whom he has released a CD) and Gilles Apap (with whom he released the album Transilvanian Lointain Boys). In 2010 he made a guest appearance with the  Orchestre de Paris to perform Stèle, György Kurtag’s Opus 33, conducted by Pierre Boulez. Morar is also an arranger and conductor and in 2012 formed Le Grand Orchestre for whom he has composed and directed two shows – Tzars, which is centered around Caucasian and Eastern European music and dance, and Atmosphère, which focuses on film music from Chaplin’s silent era to the Hollywood greats. He plays a cimbalom made by the Hungarian manufacturer Bohak. 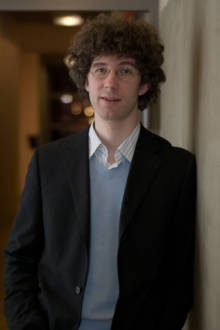 Trained as a pianist and composer at the Strasbourg Conservatoire and the CNSM de Paris, Cyrille Lehn soon found himself attracted to improvisation, which he practises in very varied forms: recitals, accompanying silent films, concerts, and musical shows. His compositions have been featured on the programme of such notable venues as the Théâtre du Châtelet, the Festival de Radio France et de Montpellier, and the Festival de l’Emperi. He is fascinated by folk music and jazz, and has collaborated with the Sirba Octet since it was founded. Cyrille Lehn is professor of harmony at the CNSM de Paris and teaches improvisation at the Conservatoire du 14e Arrondissement. 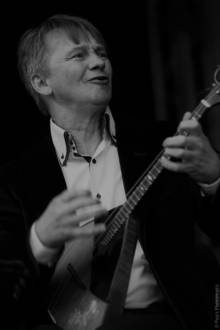 Born in a family of musicians in the Caucasus, Alexei Birioukov began to play balalaika at the age of 10. He spent 5 years with Balalaika master Pavel.I Netcheporenko and graduated from the Balalaika and conductor of Russian folk instruments at the Moscow Gnessin Academy of Music. In 1991, he won the 1st prize of the international competition of Klingenthal (Germany) in the category “groups” by performing with the Sinioritta Trio and began an international career. Alexey takes part in prestigious musical events and performs with various artistic formations. From 1991 to 1995, he produced a tour in Europe with the Sinioritta Trio. In 1994, he formed a duet with François Heim, diatonic accordion player and created with him the group Balagan. In 1997, he moved permanently to France and played as a soloist with the Avignon Orchestra and the European Philharmonic Orchestra. Since 2005, Alexei has been Artistic Director of the Troika Ensemble (music, dance, Russian, Gypsy and Eastern European singing). In 2007, he was decorated with a gold medal “Service for Art” by the Charitable Public Movement Fund to support Russian culture abroad. In 2013, he participated in the International Festival of Grand Masters Balalaïka in Moscow. The press considers him today as one of the great virtuosos of the balalaika. French critics speak of a “discovery”, of a “penetrating soloist who has kept his adolescent face”.